The time-honored model of making smart choices is to make a list of pros and cons, right? We set emotion aside, we study the situation, weigh the variables. We reason our way to a sound decision. And yet…it’s not that simple. Choice requires value judgments, and those judgments take place in the limbic system, the part of our brain where we store emotion.

When we bought our cabin a few years ago, it was very much an emotional decision. On paper, it made no sense. Tiny lot, steep driveway, failing septic, 3-1/2 hour drive, no budget and no desire for a summer cottage. By all rational criteria, we should have said ‘Cute place, not interested.’ We did say that, in fact. We made a rational decision a long time ago that we would never own a place up north. That was then. Now, we were feeling the full rush of our limbic systems kicking in, hollering, “Are you out of your minds??? Look at this lake! Listen to those loons! You used to love coming up north!”

No matter how rationally we discussed the ‘why nots,’ the only time I didn’t have knots in my stomach is when we daydreamed about saying yes. A look in Michael’s eye told me he felt about the same. So we took a deep breath and signed on the dotted line.

When you boil decision-making down to its most basic function, it’s about prediction. Which decision does your experience tell you is going to feel right?

Which one is going to feel right. A team of neuroscientists devised an ingenious experiment [http://bit.ly/9sfNSY] to explore just how useful ‘feeling’ is to decision-making.

Their conclusion? Very useful. Emotion, they found, is a powerful channel for revealing wisdom that hasn’t yet surfaced in our conscious awareness.

Researchers gave a group of subjects $2,000 and four decks of cards. As players turned over a card, it told them whether they’d won or lost money. They believed it was random, but of course it was rigged. Two of the decks had fewer winning cards. As subjects made their draws, the research team took skin readings to gauge nervousness and anxiety levels.

What the scientists found was astonishing. After drawing only 10 cards, the players began experiencing unconscious anxiety when their hand reached for the wrong deck. Yet it took, on average, about 50 draws before the players started making a conscious decision to reach for a lucrative deck, and 80 draws before they could explain why. It took ‘reason’ 50 cards – and it took emotion just 10. The players’ limbic systems very quickly grasped that there was a pattern and that drawing from the wrong deck meant losing money.

Something told us we’d regret it if we passed up this little cabin. Turns out that something was a visceral response that has paid us back a thousand times over. We’ve now moved permanently, year-round to our beautiful lake, on a tiny lot with a driveway that’s impassable when the snow flies and a costly septic system that’s being replaced this winter.

Best decision we ever made. Not that we’re surprised.

We just had a feeling….

If you want to know more about the science of decision-making and other cool ways neuroscience is reshaping how we think about daily life—please, make a decision to sign up for my newsletter. And stay tuned for my next post about the surprising outcome of excess reason on decision-making.

I’m never giving anyone feedback, ever again. Really. Who among us but the most stoic (which doesn’t include me) doesn’t flinch when we hear, “Can I give you a little feedback?”

From now on, I’m offering input. I’ll make an observation, share my perspective, even offer a suggestion if you ask for it. Just don’t ask me for feedback.

I know this sounds like semantics. Yet the distinction isn’t so subtle when you look at how the brain responds to that word, feedback. Giving feedback elevates our status. Being the recipient of feedback diminishes our status. Brain research suggests that status is far more important to our brains than we imagined, and that how people affect our status triggers whether we see them as friend or foe.

The brain’s basic organizing principle is, “Does this new piece of data coming my way represent a threat or a reward?” Doesn’t matter if it’s a tiger, a box of candy or an insult, it’s how our brain filters new data in that nanosecond before our prefrontal cortex — our ‘thinking brain’— gets engaged.

The moment we hear ‘feedback,’ our brain goes on high alert: “Danger, danger, threat to status, dead ahead!!” Our limbic system gets all ginned up, the internal noise level goes up, and it’s harder to hear and process the ‘feedback’ in a positive way.

If this still sounds like semantics, try tracking what people say after they ask the question. I met someone new the other day, and twice in our conversation she asked if she could give me some feedback. Each time, it was an observation that expressed how her experience combined with my words to give her an impression of me. That’s not feedback. That’s…an observation. In her case, she framed it as thoughtful words of encouragement on something I could get better at. Excellent input. A welcome perspective. I didn’t even flinch.

If you would like to share an observation, offer input, or make your perspective heard on this post, please email me. If you still feel you want to give me some feedback…well, same to you, pal!

We learned last week that our big white pine has blister rust. The disease will gradually choke the life out of it, and there’s nothing we can do to stop it. This venerable tree is the largest on our property and it’s part of what defines our romantic sense of ‘Northwoods.’

The idea of taking it down brings a piercing sense of loss and kicks my limbic system into overdrive.

There’s something primal about trees that can tap into deep emotions. Years ago, in a different place, I was devastated when neighbors cut down three trees along our lot line. It took a long time to get past the stab I felt every time I looked in that direction, and the memory of it still makes me wince.

It didn’t matter that they were small trees in a neighborhood forested with oaks. It still hurt.

Neuroscience has a term for that spin: reappraisal. It’s easier to manage the feelings around an event if you can see it in a different light. Reinterpret what it means, normalize its occurrence, find a new perspective on it, reorder our values around it.

That’s why it’s so critical for me to manage my thinking around losing the white pine. I don’t want to feel a stab everytime I see sky where once there were feathery boughs. I need to reappraise.

Reinterpreting isn’t an issue in this case; we already know that blister rust doesn’t mean we’re careless tree stewards or that the tree gods are out to get us. Normalizing isn’t hard; losing a tree is part of life in the Northwoods. New perspective is easy, too: we have other beautiful trees and this isn’t our only white pine. And we now get to do something we haven’t done because of that very tree—create a ‘loading zone’ to eliminate schlepping groceries and suitcases up and down our steep drive. From that perspective, it’s easier to see the loss as a gain, and we’re pretty sure our guests will agree.

Reordering values is tougher—preserving our Northwoods landscape is a premium value—but at least we can acknowledge that convenience counts for something, too.

This all sounds like a complicated exercise of the prefrontal cortex, and it is, yet it took mere seconds to occur.

So why didn’t I do the same thing with the neighbors’ trees so long ago? Because I’d never heard of reappraisal and didn’t know that I could alter the ‘truth’ of an event simply by opening my mind to new thinking.

If I had, I might have realized that the neighbors didn’t do this to intentionally insult my sensibilities. I could have acknowledged that altering a backyard landscape is normal behavior, and accepted the idea that it really did make sense to use that area for the kids’ play equipment.

And, for sure, I’d have concluded that the sound of children’s laughter held a higher value than the sight of three modest trees out my kitchen window.

Got a story to tell around reappraisal? Please share it by emailing me at mollyrose@mollyrosecoaching.com.

I got a notice one day from my public library. The Brain That Changes Itself by Norman Doidge was in. I didn’t recognize the title or remember that I’d put it on reserve months earlier. But a notice from the library is almost always good news, so I picked it up.

Now that I have a better sense of how my brain functions, I know what happened.

When I heard a radio interview with Doidge, I got curious. Curiosity feels good to our brains, because it triggers release of dopamine, one of two key neurotransmitters that affect our prefrontal cortex—the part of our brain where we ‘think.’ (Neurotransmitters are the chemical foundation of our brain’s communication system)

When Doidge’s book piqued my curiosity, my brain released a little shot of dopamine. That made me feel good, and motivated me to put the book on reserve, behind 47 other people who no doubt also enjoyed a shot of dopamine when they heard about it.

So when I read that email, I enjoyed another shot of the stuff, but only a small one. I couldn’t remember why I’d wanted to read the book, and the title sounded a bit dry to me. Brains that change themselves?

Book in hand, the subtitle explained why it had piqued my interest—Stories of Personal Triumph from the Frontiers of Brain Science. The pleasure I got from reading Doidge’s compelling narrative and the stimulation of learning cool new stuff got my dopamine pumping all over again.

And it just keeps flowing. Thanks to my enduring curiosity about the brain, I enjoy a slow, steady drip of dopamine as researchers uncover ever more amazing insights about the gray (and white) matter. Keeps me engaged, keeps me happy, keeps me growing my skills at managing the ‘stuff’ of life. I recommend it.

Got a favorite book on how our brains work? Or, if you would like a list of favorite titles from my neuroscience bookshelf, shoot me an email. When it comes to your brain, ignorance is not bliss. 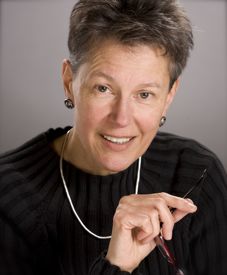 PFC: Prefrontal cortex, an area of the outer layer of your brain (cortex) that lies behind your forehead.

The prefrontal cortex is responsible for managing and orchestrating conscious behaviors of all other parts of your brain. It’s our PFC that enables us to reason, plan, and make sense of the world.

Unfortunately, the PFC makes up only 4 to 5 percent of our brain mass. It’s the newest in evolutionary terms and it’s the latest to develop as our bodies mature. That means it’s easily bullied by more primitive parts of our brain—particularly our limbic system—where deeply embedded instincts, habits, and emotional responses hold sway. The good news? Just knowing how your brain works makes it easier to quiet the bullies and give yourself more choices in how you respond to surprises, setbacks, and, of course, life’s joys.

I blog about the stuff of daily life and how differently I see the world when I pay attention to my brain — and how creating that awareness every day can help me be happier, more productive, and more fun to be around.